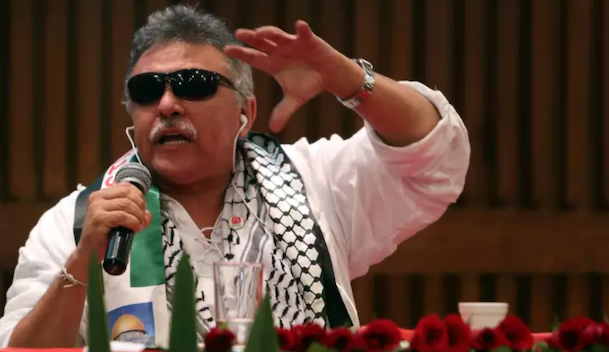 Peace process under strain ahead of presidential election

In a high-security Bogotá prison, a former Marxist guerrilla records poetic messages for relatives and writes cryptic tales based on pre-Columbian myths, saying he would rather die than be extradited to the US for alleged drug smuggling.

Nearly two years after a historic peace agreement with the FARC, the country’s best-known guerrilla group, the arrest of Jesús Santrich for plotting with Mexico’s Sinaloa cartel to export drugs to the US has provided yet another setback for the peace process and heightened tensions ahead of an already heated presidential poll next month.

The hat and the pencil: who is Peru’s president in waiting?