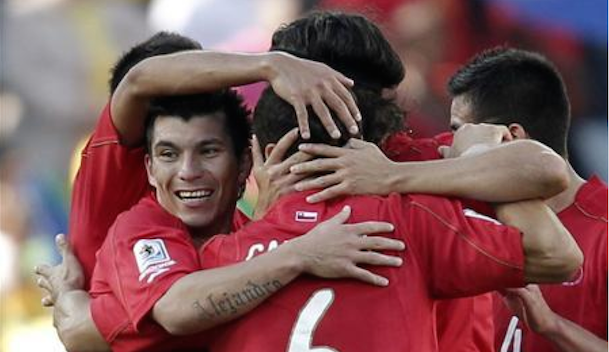 Jean Beausejour scored the only goal as Chile beat Honduras 1-0 in their Group H opening match on Wednesday and secure their first World Cup victory in 48 years. Beausejour scored in the 34th minute, rounding off a slick move from the Chileans.