Chile’s Election Is A Tale Of Two Daughters 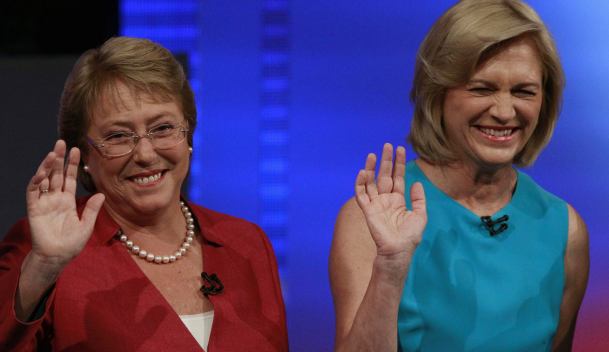 Chile held a presidential election on Sunday where both frontrunners were women - the socialist Michelle Bachelet and her right-wing rival Evelyn Matthei.

In a region where politics is still very much a man's game, that, in itself, is remarkable enough, but when one considers the relationship between the two women, it becomes more extraordinary still.

Ms Bachelet and Ms Matthei went to the same primary school and played together as kids.

Their fathers were close friends and served together in the Chilean air force until the military coup of 1973 tore them apart, with tragic consequences.