Colombia steeped in gloom even as FARC disarms 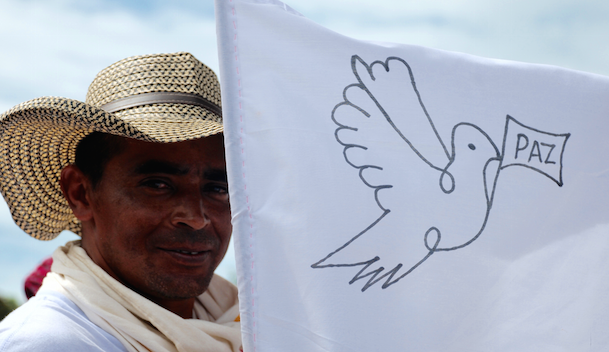 Colombia’s largest leftwing guerrilla group will formally disarm this week after more than half a century of conflict, but the country is still awash with weapons and its people feel increasingly gloomy about the historic peace process.

The Revolutionary Armed Forces of Colombia (Farc) and the government will mark the end of the disarmament process in what is likely to be a highly symbolic ceremony in the town of Mesetas on Tuesday. President Juan Manuel Santos, who won a Nobel Peace prize for his efforts in clinching the peace deal, will attend.

The area around Mesetas, 120km south of Bogotá, was a Farc stronghold during a brutal 52-year conflict with the state in which about 260,000 people died.