Colombians take to the streets in countrywide protests 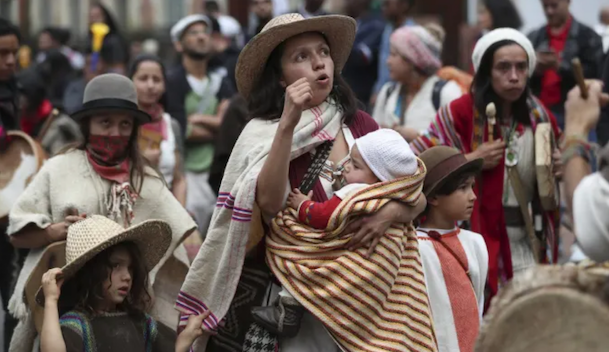 Cody Weddle in Bogotá and Gideon Long in Caracas

Tens of thousands of Colombians marched through Bogotá and other cities on Thursday to voice their discontent with the rightwing government of President Iván Duque in one of the biggest protests the country has seen.

After violent demonstrations in Ecuador and Chile in recent weeks and ongoing unrest in Bolivia following last month’s disputed election, many feared that Colombia might be the next Andean country to erupt into chaos.

The government drafted soldiers on to the streets ahead of the marches, closed the country’s borders and repeatedly warned that it would not tolerate violence.