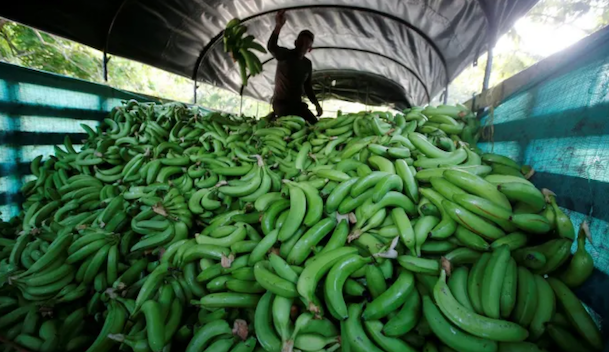 Gideon Long in Bogotá and Emiko Terazono in London

A deadly fungus that threatens the future of the banana has reached Latin America, the leading exporter of the fruit to world markets.

The Colombian agriculture and fishing institute (ICA) has confirmed the arrival of Panama TR4 disease, a soil-dwelling fungus that has devastated plantations in south-east Asia over the past 30 years. It threatens the Cavendish banana, the variety that accounts for half of global production and 95 per cent of the world’s exports.

The ICA has declared a “national emergency”, expanding preventive measures to the whole country. Latin America’s plantations are the source of two-thirds of the global banana trade.