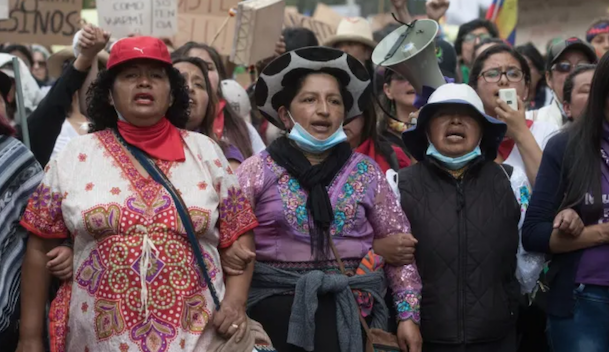 The Ecuadorean government imposed a curfew in the capital Quito on Saturday after more than a week of violent anti-austerity protests in which five people have been killed and over 2,000 arrested or injured.

In a statement, the government told indigenous activists, who have poured into the capital to demand the reinstatement of fuel subsidies, that if they believed in peaceful dialogue they should get off the streets and leave the armed forces and police to round up troublemakers.

It gave people just 30 minutes to move indoors before imposing the curfew from 3pm (2000 GMT). “This measure is being taken so those who are disrupting order and peace in the Ecuadorean capital can be identified,” it said.