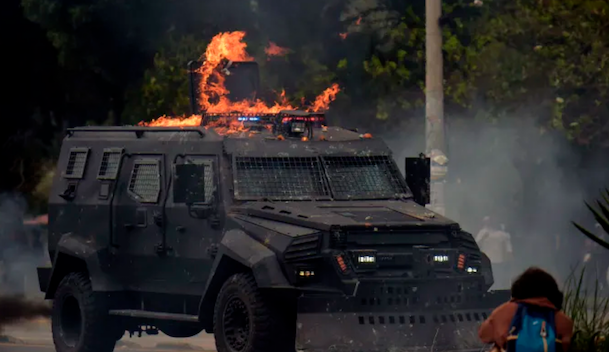 Ecuador has sent armed troops to quell violent protests sparked by the government’s decision to scrap fuel subsidies — a key part of its effort to keep its $4.2bn IMF lending programme on track.

The government has declared a state of emergency after thousands of protesters, angry at a sharp overnight rise in fuel prices, fought with police in Quito and the country’s economic capital Guayaquil, where local media reported sporadic looting of supermarkets.

Taxi drivers and truckers blocked roads and forced a partial shutdown of Quito airport, forcing some flights to reroute.