“Evonomics” loses its lustre in Bolivia 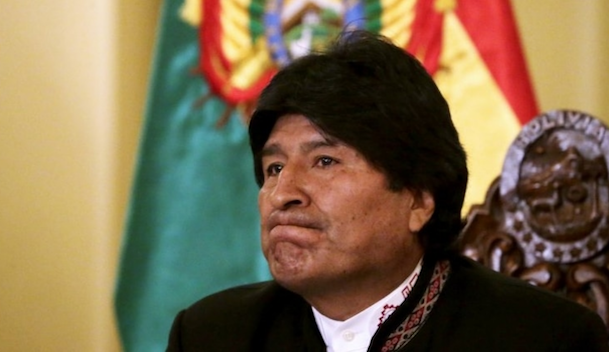 Sometime next year, Bolivia’s Evo Morales might have to sit down with Brazil’s Jair Bolsonaro to hammer out a new deal on the sale of natural gas. With one man a leftwing autocrat and the other a rightwing populist, it promises to be Latin America’s answer to Donald Trump’s famous meeting with Kim Jong Un in June.

Mr Morales, Bolivia’s first indigenous president, is a leader who takes his cue from the late Cuban leader Fidel Castro and Venezuela’s Hugo Chávez, and regards Mr Trump as an imperialist tyrant. Mr Bolsonaro, who was elected Brazil’s new president last month, is a Christian conservative and former army officer who regards Mr Trump as “a great ally”.

The issue at stake is the renewal of Bolivia’s 20-year-old contract to sell gas to Brazil, which expires towards the end of next year. It is Bolivia’s most important export agreement, with the Andean nation piping about half its gas to its much larger neighbour. Both sides want to renegotiate more favourable terms.