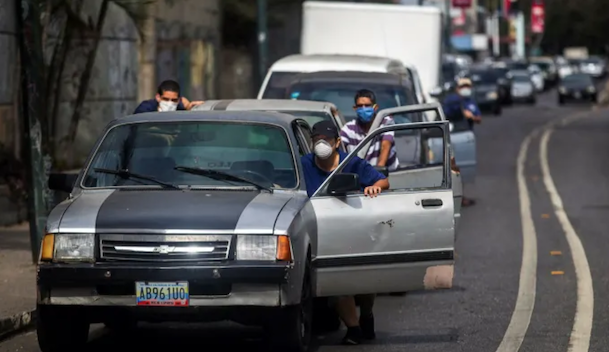 From a petrol station in the Las Mercedes neighbourhood of Caracas, a line of vehicles snakes back more than 7km through the city, past offices, shops and fast-food outlets, most of them closed because of coronavirus.

Some of the cars are American gas-guzzlers, relics from a time when Venezuela was one of the wealthiest countries in Latin America. Others are newer Asian imports. Vans, ambulances and police cars jostle for position towards the front of the queue. Some cars are being towed with ropes.

Queues for petrol are nothing new in Venezuela but the recent lines have been some of the worst. Crucially, they have reached Caracas, which the government of Nicolás Maduro has long protected and which has been spared many of the deprivations of the countryside during the nation’s long, slow economic collapse.