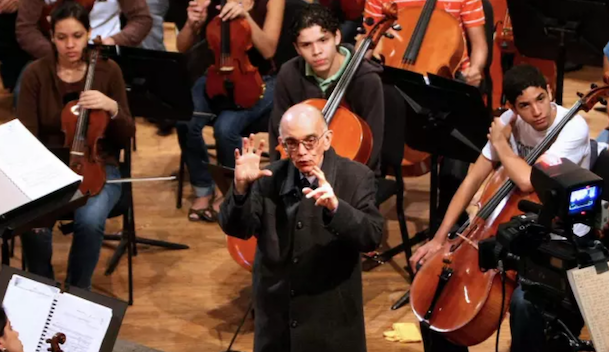 The conductor who started a musical revolution for Venezuelan youngsters

A concrete garage in Caracas might seem an odd place to found a classical music orchestra but José Antonio Abreu, who has died at the age of 78, was never a stickler for convention.

In late 1974, Abreu, then a relatively unknown conductor, gathered together a handful of young musicians in these unpromising surroundings. After scratching out a few tunes, the group met again a few months later to form a youth orchestra.

Over the next 40 years, the orchestra expanded to become a vast network of choirs and musical ensembles with a strong social purpose. Its goal was not only to teach music to children from Venezuela’s shanty towns and poor communities in rural backwaters, but to give them an ethical education, a purpose and a sense of dignity.