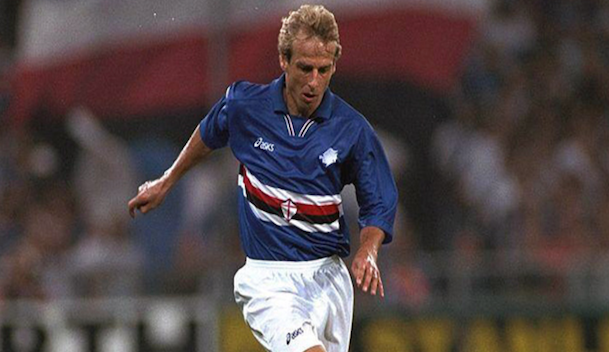 Juergen Klinsmann says he has no regrets over the two seasons he spent in the Bayern Munich gossip kitchen but is glad to be back in free-and-easy Italy.

"It feels good to be here again," the former Internazionale Milan striker said. "This is a beautiful country and I feel very comfortable here."

Klinsmann, who has signed a one-year contract with Genoese side Sampdoria, said Italy would probably be the final port of call on a brilliant footballing journey which has taken him to Stuttgart, Inter, Monaco, Tottenham and Bayern.

He confirmed he would retire from international soccer after next summer's World Cup finals and had no intention of playing in the Bundesliga again.