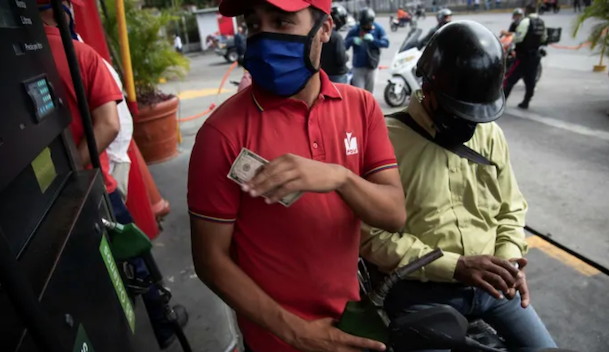 Venezuelans awoke to new petrol prices on Monday — and the realisation that for the first time in decades they will have to pay close to market rates if they want to fill up their tanks more than a few times a month.

The revolutionary socialist government unveiled its pricing regime over the weekend, risking the ire of people who are already suffering terrible hardships, and who for years have taken free petrol for granted in one of the most oil-rich nations on earth.

In the past, fuel price rises have triggered outrage and protests, most notably during the infamous “Caracazo” riots of 1989 in which hundreds died.