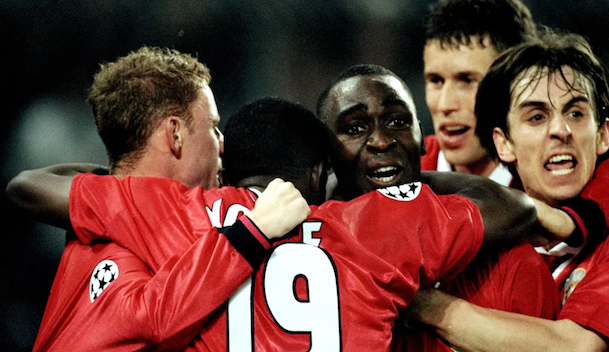 Manchester United reached the European Cup final for the first time in 31 years when they came back from a two-goal deficit to beat Juventus 3-2 in a thrilling semifinal second leg on Wednesday.

Juventus, who held United to a 1-1 draw at Old Trafford two weeks ago, raced into a 2-0 lead after only 11 minutes with two goals from striker Filippo Inzaghi.

But United equalised with headed goals from Roy Keane and Dwight Yorke and hit the winner six minutes from time when Andy Cole completed a 4-3 aggregate victory.

It was United's first ever competitive win in Italy and sets up a final against Bayern Munich in Barcelona on May 26.