Ecuador plans eurobonds in change of tack from Correa era 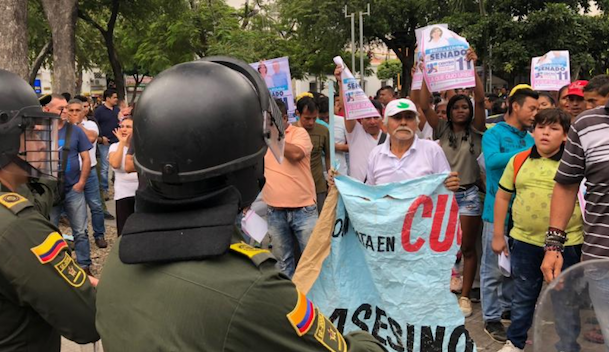 As an armoured motorcade carrying Colombia’s leftist presidential candidate Gustavo Petro sped through the city of Cúcuta last Friday, it came under attack. A windscreen was partially shattered. Rumours spread that someone had tried to assassinate him.

On the same day, at the opposite end of the country, a crowd of students hurled missiles and insults at rightist former president Álvaro Uribe as he made a campaign speech. Mounted police moved in. Officers fired tear gas and made arrests.

Such is the febrile atmosphere in Colombia, where Sunday’s parliamentary election is a precursor to presidential polls in May. With candidates on both left and right facing voter ire, the electoral season is proving particularly poisonous, even for a nation with a notorious history of political violence.