Returning To The San Jose Mine, One Year On 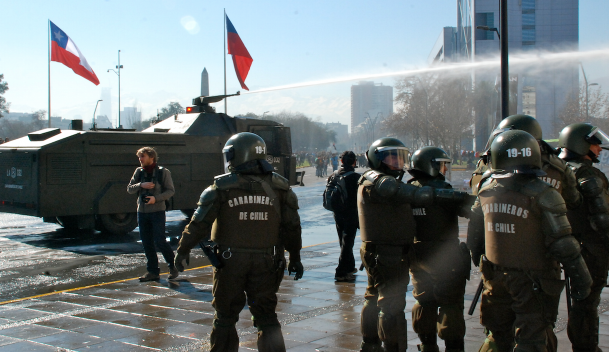 Pent-up frustration at the flaws of a successful democracy

AFTER two decades of strong economic growth, social progress and enviable political stability, Chile has suddenly started behaving in a manner more akin to some of its neighbours. The past two months have seen huge protest marches by students, in which a small, violent minority have clashed with riot police. Housewives have banged saucepans in solidarity with the students. And this week the main trade-union confederation tried to bring the country to a halt in a two-day general strike—the most ambitious stoppage since the 1980s.