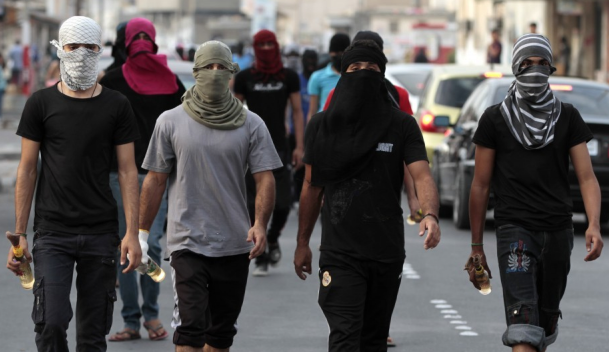 They turn up to almost every demonstration in the Chilean capital Santiago and hurl stones, petrol bombs and even acid at the police.

They spray the walls of the city with graffiti and attack journalists who try to film or photograph them.

They are the "encapuchados" or "hooded ones", and they have become a regular feature of the protests that have convulsed Chilean society over the past two years.

During that time, students have staged scores of demonstrations across the country. Environmentalists, gay rights activists, copper miners and members of Chile's indigenous communities have also taken to the streets to air their grievances.