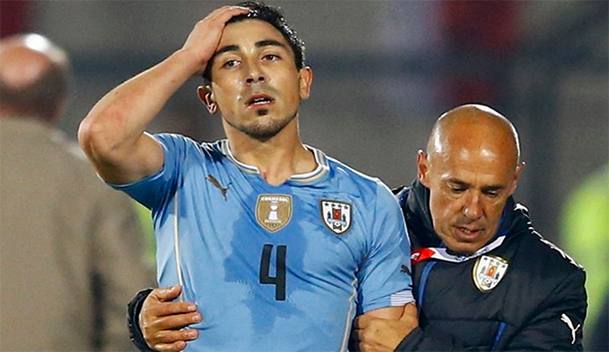 SANTIAGO (Reuters) - Uruguay bowed out of the Copa America with a bitter taste in their mouths after having two men controversially sent off in their 1-0 quarter-final defeat by Chile, their coach Oscar Tabarez said.

Striker Edinson Cavani and defender Jorge Fucile were both dismissed in the second half of a bad-tempered encounter on Wednesday in Santiago.

After the dismissal of Fucile near the end of the game, the Uruguayan players lost their tempers, shoved the linesman and came close to blows with some of the Chilean players.