Fear And Loathing On The Streets Of Caracas 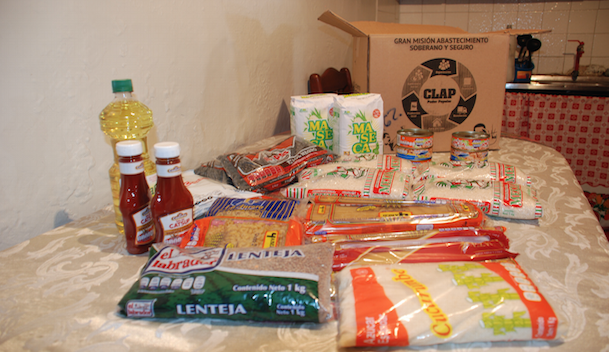 Kelly Marcano reaches into a cardboard box and one by one places the contents on her kitchen table. Four kilogrammes of rice, 3kg of pasta, 2kg of corn flour, 2kg of black beans, 1kg of sugar, 1kg of lentils, 500g of powdered milk, one litre of cooking oil, six tins of tuna fish and two bottles of tomato sauce.

The mother of two from the sprawling Venezuelan shanty town of Petare, on the hills above the capital Caracas, paid 10,000 Bolivars for the government-provided food parcel, equivalent to less than $2 at the unofficial but widely used exchange rate. In her local market, or in one of Petare’s threadbare shops, the basket of staples would have cost up to 20 times as much.

“These boxes have been a salvation for us,” says Ms Marcano, who began receiving the monthly parcels in March. “Last year was a disaster. We had to queue all night to buy food . . . and often there wasn’t anything to buy.”