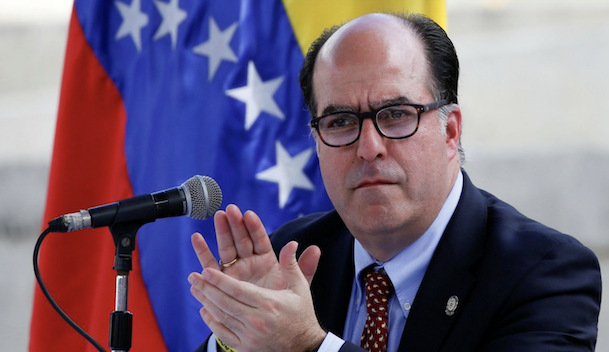 Venezuela’s self-styled “interim government”, backed by the US and led by former congressman Juan Guaidó, has failed in its bid to oust Nicolás Maduro and should be dismantled, according to one of the men who has been at the heart of the project for the past three years.

Speaking to the Financial Times on Tuesday after resigning as Guaidó’s foreign envoy, Julio Borges said it was time for the opposition to switch tack. The quick-fix, regime-change agenda for Venezuela, peddled by the Trump administration from 2019 and spearheaded by Guaidó, has not borne fruit and should be abandoned, he said.

“We need radical reform and we have to regain our focus,” he said, from his home in exile in Bogotá. “We must prove ourselves capable of correcting our mistakes and of rebuilding our strength. We need a united team and a clear strategy going into 2022. If we don’t, we risk becoming just a formality — part of the landscape.”