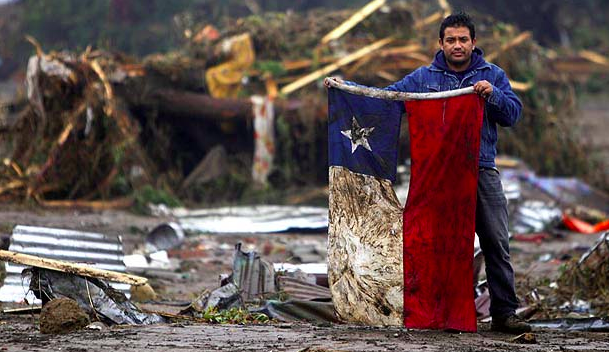 When Sebastian Pinera won Chile's presidential election in January, he can surely never have imagined that his first year in power would be quite so eventful. A devastating earthquake, the dramatic miners' rescue, a horrific prison fire - Chile's bicentenary has been a rollercoaster.

Within six weeks of Mr Pinera's victory, and before he had even assumed office, the country was shaken by one of the most powerful earthquakes on record.

With a magnitude of 8.8, it killed nearly 500 people and destroyed thousands of homes. It caused $30bn (£19bn) of damage, the equivalent of 18% of Chile's gross domestic product. Many towns and villages are still struggling to recover.