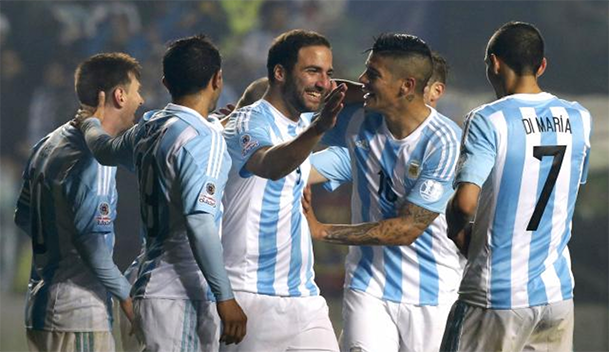 SANTIAGO (Reuters) - Argentina head into Saturday’s Copa America final seeking their first major silverware in 22 years while hosts Chile aim to end a century-long jinx by winning the trophy for the first time.

The two Andean neighbours meet in Santiago’s national stadium in a classic South American encounter steeped in history and rivalry.

These were two of the four founding nations of the South American Championship as it was first known back in 1916. Argentina thumped Chile 6-1 at that tournament, setting the tone for a century of Chilean pain.

Of their 36 competitive clashes since then, the Chileans have won just one – a World Cup qualifier in Santiago in 2008. They have never beaten Argentina at the Copa America in 24 attempts.