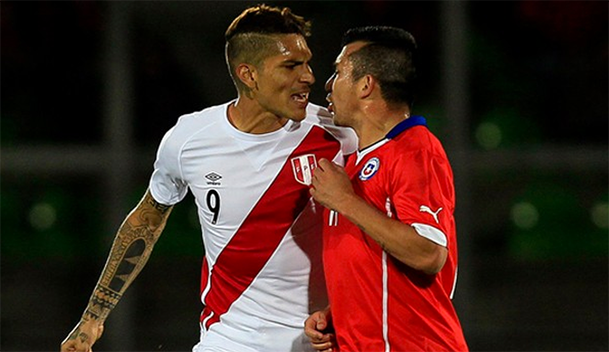 SANTIAGO (Reuters) - Chile face Peru in the Copa America semi-finals on Monday in one of the fiercest rivalries in South American football, fuelled by politics, border disputes and a 19th century war.

The traditional animosity between the two Andean neighbours dates from the War of the Pacific in the 1880s, which Chile fought against the combined forces of Peru and Bolivia.

The Chileans won it and annexed a swathe of Peruvian land which they have held ever since.

As recently as last year the two countries settled a long-standing maritime border dispute. Peru took Chile to the International Court of Justice at The Hague and forced the Chileans to hand over more than 20,000 square km of sea.