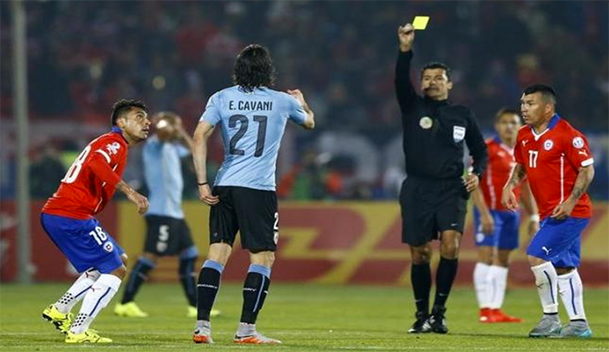 SANTIAGO (Reuters) - Chile defender Gonzalo Jara will miss the rest of the Copa America after being suspended for three matches on Sunday for sticking his finger up an opponent’s backside and feigning injury during a match.

CONMEBOL, the governing body of South American football, said in a statement it was suspending Jara for “unsporting behaviour”. It also fined the Chilean FA $7,500.

Jara will miss Chile’s semi-final clash with Peru on Monday and, depending on the result of that match, either the final or third-place playoff.

He will also be ineligible for Chile’s opening match of thequalifying campaign for the 2018 World Cup.