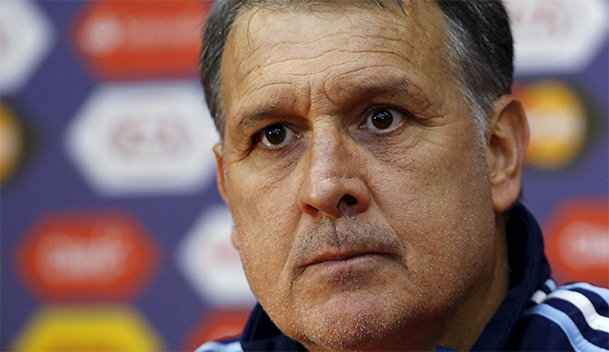 SANTIAGO (Reuters) - Only four teams are left in the Copa America and whichever lifts the trophy next weekend, one thing is guaranteed — the winning coach will be an Argentine.

With Brazil’s shock exit in the quarter-finals on Saturday, the semi-final lineup is complete. Hosts Chile will face Peru in Santiago on Monday before favourites Argentina take on Paraguay in the southern Chilean city of Concepcion on Tuesday.

All four teams have Argentine coaches. Chile are led by Jorge Sampaoli, Peru by Ricardo Gareca, Argentina by Gerardo Martino and Paraguay by Ramon Diaz.

“It’s a source of great happiness for the whole country that we not only have top-class players but also top-class coaches,” Diaz said after his side disposed of Brazil in a penalty shootout on Saturday.