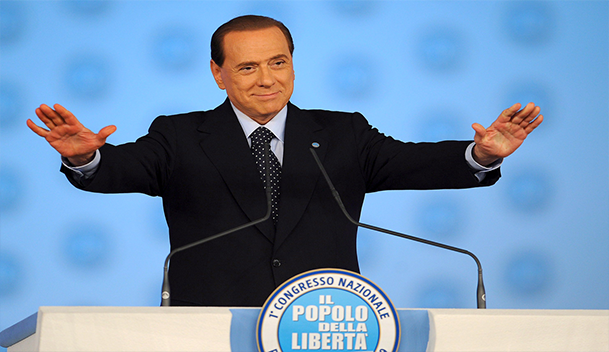 Billionaire tycoon Silvio Berlusconi swept back to power at the head of a centre-right alliance on Monday, ousting Italy's ruling centre-left coalition after a no-holds-barred general election campaign.

His dramatic victory prompted a cautious reaction from Italy's European Union partners, nervous about his right-wing coalition allies, but there was no threat of sanctions like those the EU imposed on Austria last year for similar reasons.