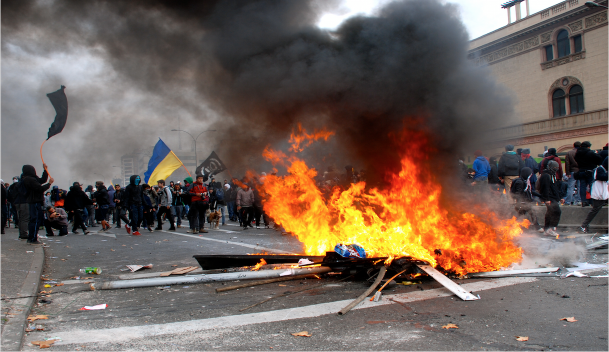 Chile is usually regarded as one of the most orderly and stable countries in South America, so the images that have come out of the capital, Santiago, in recent days have been especially shocking.

Thousands of high school and university students have marched through the capital's streets, as well as those of other major cities, demanding a radical overhaul of the education system.

Invariably the demonstrations have ended in violent clashes between masked youths and police officers armed with tear gas and water cannon.