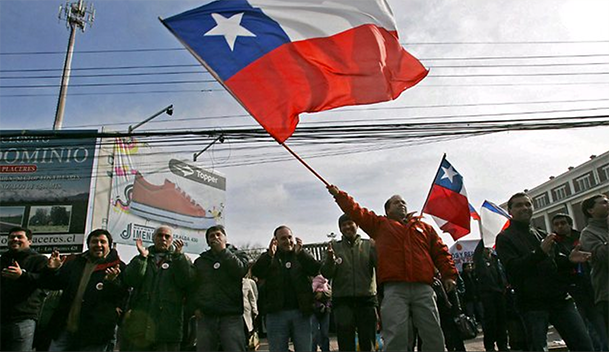 Protesters derailed a train and hurled rocks at buses carrying miners to their shifts on Thursday as a strike at the world's largest copper miner, Chile's Codelco, reignited after days of relative calm.

Codelco said the disturbances were the most serious yet in the month-long stand-off between the state-owned firm, which supplies 11 percent of the world's copper, and subcontracted workers who are demanding improved pay and conditions.