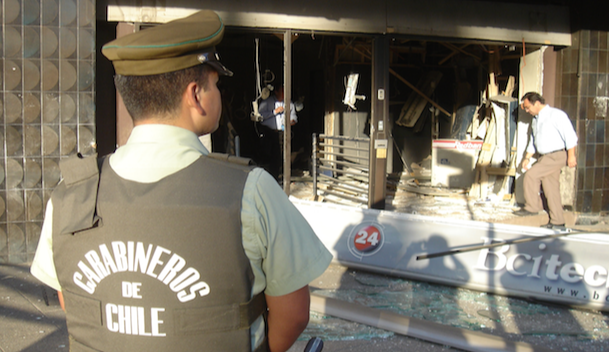 Santiago is generally regarded as one of the safest capital cities in Latin America, so it comes as something of a shock to visitors to find out that it has been hit by around 200 bomb attacks over the past decade.

The latest devices exploded in the early hours of 12 August outside two police stations, shattering windows in nearby buildings.

No one was hurt but the attacks have added to the sense of unease that many Chileans feel about the safety of their capital city.

"In both cases these were home-made explosive devices made from gunpowder inside a fire extinguisher, just as we've seen in so many attacks in the past," said Raul Guzman, a state prosecutor investigating the bombings.