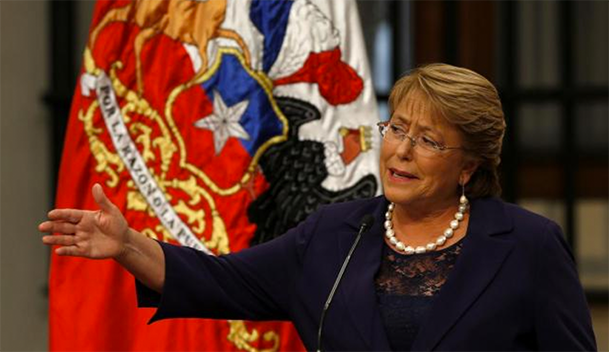 A year after taking office as Chile's first female president, Michelle Bachelet is having a tough time.

Her center-left government faces allegations of corruption and nepotism, the economy is growing at its slowest rate for three years and the 55-year-old leader has even been blamed for chaos in Santiago's new transport system.