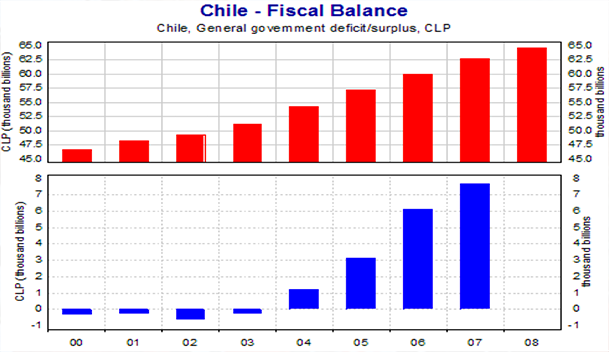 Blessed with the healthiest fiscal surplus in Latin America but grappling with a slowdown in economic growth, the Chilean government is coming under pressure to open its wallet and spend some of its spare cash.

For years, economists have praised Chile's center-left leaders for their fiscal rectitude, applauding their commitment to save most of the country's vast copper profit for harder economic times rather than spending it for short-term gain.