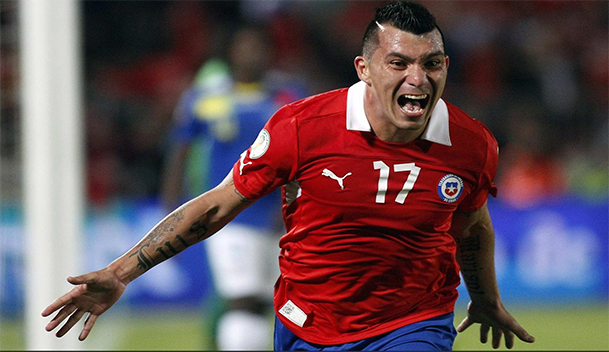 FORTALEZA Brazil (Reuters) - If Neymar and his Brazil team mates are to reach the World Cup quarter-finals they will first have to slip past a guard dog at the heart of the Chile defense.

Gary Medel is known in his homeland as “Pitbull”. He has earned his reputation with a series of uncompromising performances in defense and midfield.

Medel has been arguably Chile’s best defender at the finals and appears to have put behind him a poor disciplinary record, which earned him 13 red cards in his early years.

He kept Spain forward Diego Costa under wraps in the 2-0 win over the holders in the group stage and will be key to Chile’s chances of beating Brazil in their last 16 clash in Belo Horizonte on Saturday.