Working in thin air: the risks of jobs at high altitude 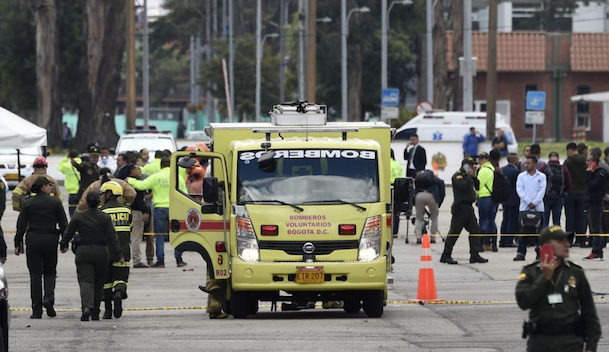 Colombia’s government said guerrillas of the National Liberation Army (ELN) had carried out a deadly car bomb attack in Bogotá and suggested it would scrap peace talks with the group.

Twenty police cadets died and 70 people were injured on Thursday when a man drove a jeep into a police training academy compound and detonated 80kg of explosives. Many of the victims were in their teens and early 20s, including cadets from neighbouring Ecuador and Panama.

It was the deadliest attack in Bogotá since 2003 when 36 people died in a bombing of a nightclub. That attack was blamed on the Farc, at the time the country’s largest guerrilla group, which laid down its arms in 2016.