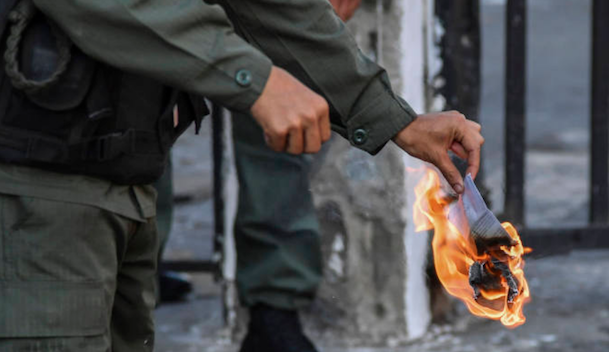 Opponents of Venezuelan President Nicolás Maduro appealed to the military on Sunday to abandon the government, printing off copies of an amnesty law and handing them out around the country to encourage disgruntled soldiers to defect.

The campaign came a day after Venezuela’s top military envoy to Washington switched allegiances in what is rapidly becoming the biggest challenge to Mr Maduro’s rule since he came to power in 2013.