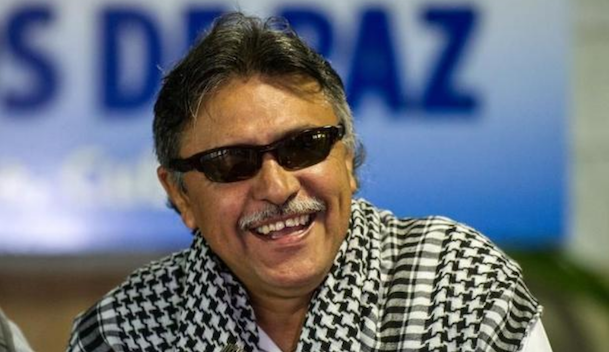 Attorney-general resigns as crisis intensifies in key US ally

Colombia’s peace process has come under further strain after a court ordered one of the country’s best-known Marxist guerrillas to be freed from jail, prompting the attorney-general to resign and the president to voice his alarm at the decision.

In one of the most eventful days since the state signed a historic peace agreement with Marxist guerrillas in 2016, President Iván Duque made a late-night address to the nation, saying the government “shared the indignation of the Colombian people” at the court’s decision to free Jesús Santrich, a longtime member of the Revolutionary Armed Forces of Colombia (Farc).

He said there was “conclusive and unmistakable proof” that Mr Santrich had engaged in drug trafficking after the peace deal was signed, as US authorities have alleged.