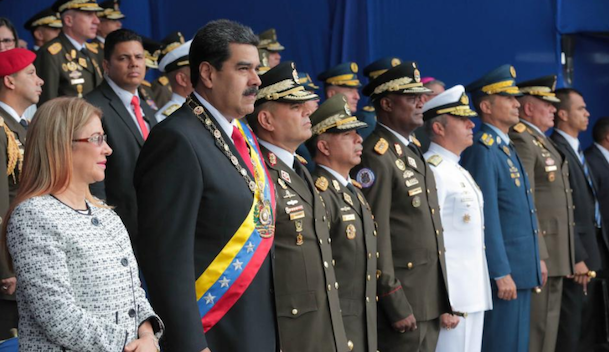 Maduro blames his Colombian counterpart and says arrests have been made

Colombia has “emphatically rejected” accusations from Venezuela’s President Nicolás Maduro that it was linked to an apparent attempt to assassinate him using drones packed with explosives.

The government in Bogotá described as “absurd” Mr Maduro’s claim that his Colombian counterpart Juan Manuel Santos was behind the incident on Saturday. Mr Maduro had been attending a military parade in central Caracas.

“It is common that the Venezuelan leader constantly blames Colombia for any type of situation,” the foreign ministry said in a statement.