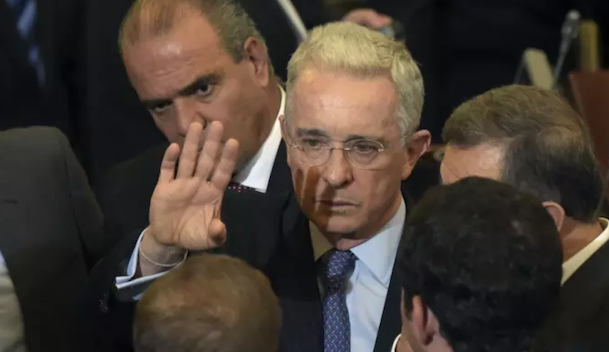 Former Colombian president Alvaro Uribe has said he will resign from the Senate to defend himself from accusations of bribery and witness tampering in an investigation that stems from longstanding claims of links to paramilitary death squads.

Mr Uribe said on Twitter he felt “morally prevented” from continuing as a senator and would resign to concentrate on his legal defence. “I will send my resignation letter so that my defence doesn’t interfere with the work of the Senate,” he said.