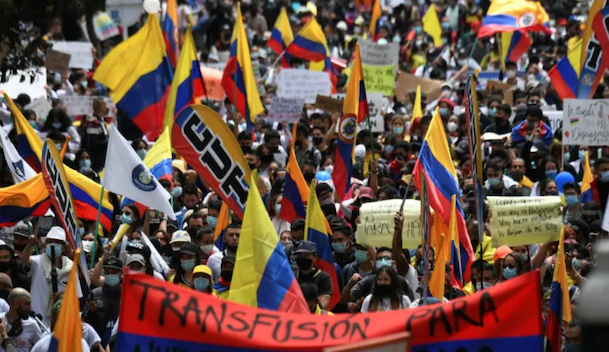 At least 24 people have been killed and hundreds injured in a week of brutal clashes between protesters and police in Colombia.

What started out as peaceful demonstrations against tax rises have quickly gotten out of hand, fuelled by widespread anger with the rightwing government of Iván Duque.

The UN, the US state department, the EU, Amnesty International and dozens of non-governmental organisations have condemned the violence, which has plunged the Duque administration into the worst crisis of its nearly three years in power.