Maduro struggles to make good on his grand vaccine promises 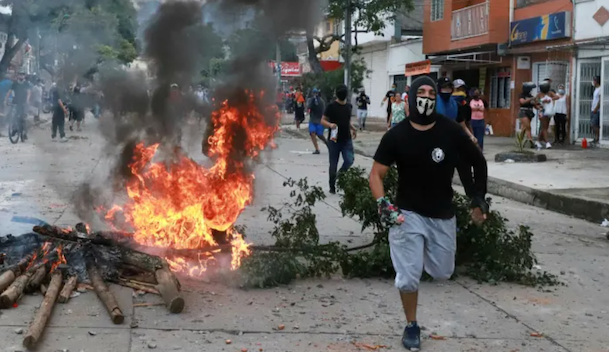 Colombia’s president Iván Duque asked congress on Sunday to withdraw his much-criticised tax reform bill after five days of sometimes violent street protests in which at least six people have been killed.

The embattled president said his government would present an alternative draft law soon “that is the fruit of consensus”. He insisted that some sort of tax reform was necessary to stabilise Colombia’s finances and help cover the loss of revenue and the sharp increase in social spending prompted by the coronavirus pandemic.

“The reform is not a whim. The reform is a necessity,” he said in a video address in which he was flanked by nearly a dozen members of his cabinet.