Ecuador’s Yaku Pérez: ‘A triumph even if we don’t get to the second round’ 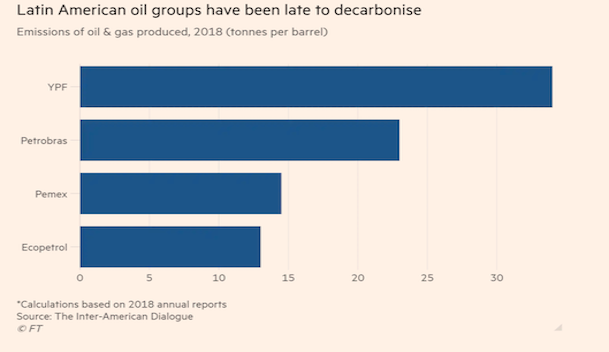 Latin America is home to some of the energy industry’s last fossil fuel holdouts, with groups such as Brazil’s Petrobras and Mexico’s Petróleos Mexicanos persisting with exploration rather than setting out clean energy transition strategies.

But Ecopetrol, Colombia’s largest company, is charting a different course. A major hydrocarbon player in the region, it is taking a bold, some critics say foolhardy, step away from its core oil and gas business.

In late January the state-controlled group launched a bid of up to $4bn for a controlling stake in Grupo Isa, Latin America’s biggest electricity transmission company.

“Energy transition and decarbonisation are fundamental,” chief executive Felipe Bayón told the Financial Times, framing the move as part of Ecopetrol’s transition “from being an oil and gas company to an energy company”.