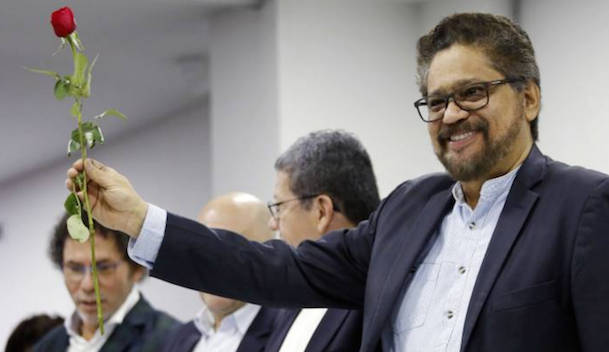 After half of century of fighting in the jungles and mountains of Colombia, the country’s biggest and best-known guerrilla group, the FARC, announced its transformation into a political party this week, vowing to respect the rules of democracy while sticking to its leftwing principles.

The party will still be known as the FARC but its name has changed. Rather than being the Revolutionary Armed Forces of Colombia, it will now be the Common Alternative Revolutionary Force.

Its symbol, unveiled at a packed news conference at a hotel in Bogotá on Friday, will be a red rose — strikingly similar to those of the British Labour party and the Spanish socialist party, the PSOE.