Coffee sustainability: the journey from bean to barista laid bare 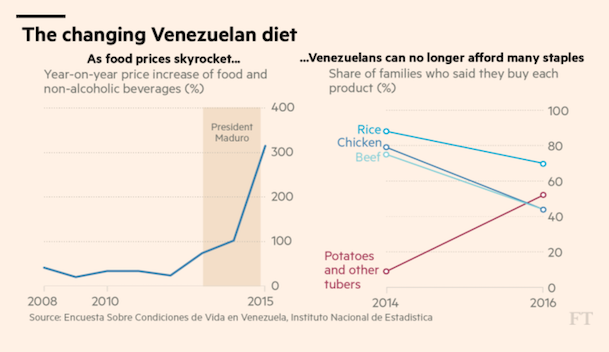 Nicolás Maduro’s proposals to revive the devastated Venezuelan economy fail to address the key issues of exchange-rate arbitrage and inflation and will probably do more harm than good, analysts warn.

The president unveiled his plans in a speech late last week to the recently formed constituent assembly, announcing eight new laws including a foreign investment law. He gave few details of the legislation but if past experience is anything to go by it is unlikely to send foreign investors rushing to Venezuela.

This is the second foreign investment law Mr Maduro has passed in less than three years — hardly a recipe for long-term stability — and the first one, in late 2014, was counter-productive.