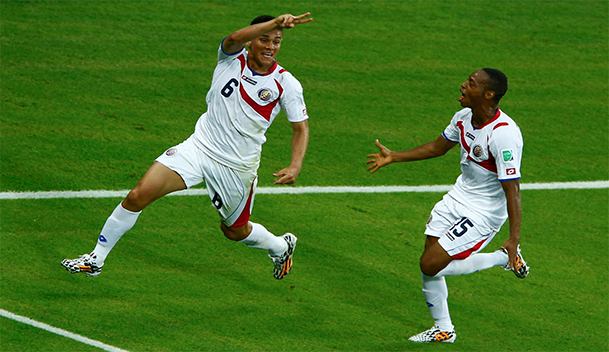 FORTALEZA Brazil (Reuters) - Costa Ricans celebrated their World Cup victory over Uruguay as the greatest in their nation’s soccer history and warned other teams at the tournament to take them seriously from now on.

“Great team, poor Uruguay”, gloated the headline in La Nacion newspaper in a clear reference to a spat before the match, when Costa Ricans were angered by reports from Uruguay describing their country as Costa Pobre (Poor Coast) rather than Costa Rica (Rich Coast).

“Costa Rica record the greatest win in their history”, the paper said.

“Historic!” ran the headline in the online version of tabloid newspaper Diario Extra next to photographs of jubilant fans celebrating on the streets of the capital San Jose.