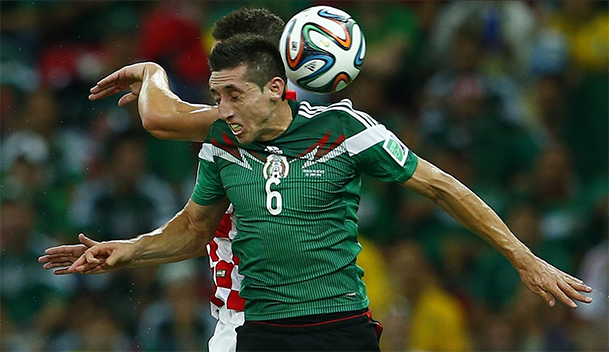 FORTALEZA Brazil (Reuters) - Hector Herrera is the heart and soul of the Mexican midfield and great things are expected of him at this World Cup, but it could have easily have turned out otherwise.

Just four years ago, Herrera was scrambling around in the lower reaches of the Mexican league on pitiful wages.

His wife was pregnant and thought her young husband should abandon his dream of a successful football career.

“I wasn’t earning anything and obviously I knew there were gynecologist’s fees to pay. It was a difficult time,” Herrera said in a video interview last year with Mexican sports newspaper Record.