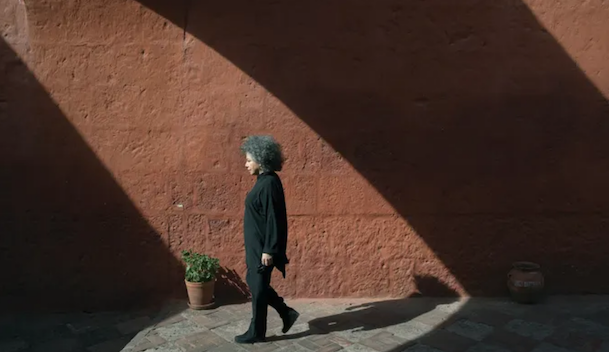 Doris Salcedo will be feeling like a million dollars this weekend.

That’s the amount the Colombian sculptor walked away with as the inaugural winner of the Nomura Art Award, announced at a gala dinner in Shanghai on Thursday night. It is the largest cash prize in contemporary visual arts and is given “to support an ambitious new project that the winner did not previously have the means to realise”.

Salcedo has already decided what that project will be. She has been researching a future work of art in Cúcuta, a city on the Colombian-Venezuelan border that witnessed some of the worst atrocities of Colombia’s long civil conflict. “Because of this award, I am now able to move ahead much more quickly than I had expected,” Salcedo says.

The Nomura award is not only a springboard for future work. It is also a recognition of Salcedo’s oeuvre to date. No other artist has delved so determinedly into Colombia’s dark past, drawing out tragic stories from a conflict that claimed more than a quarter of a million lives. No other artist has placed victims of that conflict centre stage quite like Salcedo. And no other artist from Colombia has crossed the Atlantic, as she has, to give voice to the African and Middle Eastern migrants who have died crossing the Mediterranean.