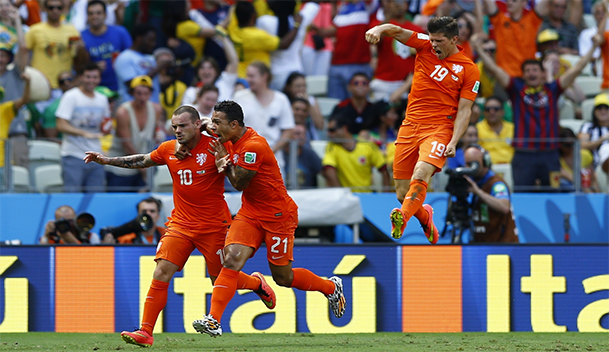 FORTALEZA Brazil (Reuters) - They were minutes away from elimination against Mexico but having pulled off one of the great escapes of the World Cup, the Dutch are in a strong position to reach the semifinals.

With two minutes to play against the Mexicans in Sunday’s second-round clash, Louis van Gaal’s side were 1-0 down and heading for the exit.

But midfielder Wesley Sneijder pulled them level before Klaas-Jan Huntelaar crashed home their winner from the penalty spot in the 94th minute.

“Orange Miracle” ran the headline in the online edition of leading Dutch newspaper De Telegraaf. “The Dutch team stood on the brink of the abyss.”