How Quake-Hit Constitución Has Risen From The Rubble

The Chilean Ghost Town With A British Past 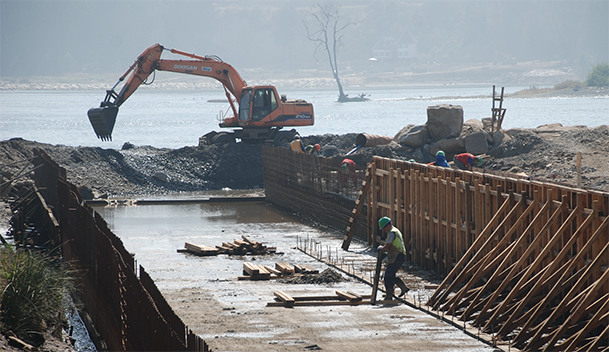 Alejandro Hormazabal remembers exactly where he was in the early hours of 27 February 2010. “I was at home with friends, having a little party. We were on our fi fth glass of rum of the night,” he recalls with a smile. “Suddenly, the walls started to sway, and it was nothing to do with the alcohol. The whole house was moving back and forth. And it was moving in circles too, like it was being pulled by a centrifugal force. It was impossible to stay on your feet.”

For three minutes, Hormazabal and his friends in the Chilean city of Constitución were in thrall to one of the biggest earthquakes ever recorded. With a magnitude of 8.8, it was 500 times more powerful than the one that had devastated Haiti weeks earlier; its force was felt across a huge swath of southern and central Chile, wrecking houses, bridges, railways, roads – and lives.