Reggina, the Serie A survivors from Calabria’s badlands

Heartbroken Italians Have Much To Be Proud Of 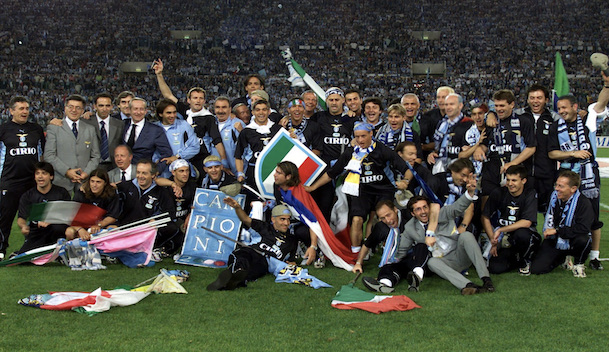 Lazio won the Italian league title for the first time in 26 years on Sunday when Juventus lost 1-0 at Perugia on an astonishing final day of the season.

Lazio beat Reggina 3-0 at the Olympic Stadium in a match delayed first for around 20 minutes by events at Perugia and then by about 10 minutes due to a largely peaceful pitch invasion by around 500 Lazio fans.

But the real drama was at Perugia, where the match was delayed for over an hour at halftime due to a torrential downpour which threatened to force referee Pierluigi Collina to abandon it altogether.