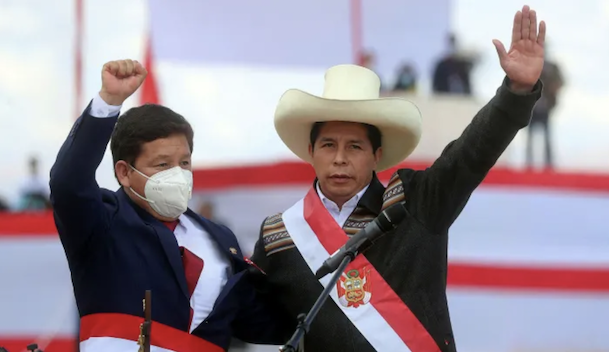 Peru’s new leftist president Pedro Castillo has plunged his government into crisis after just one day by naming a congressman sympathetic to the Maoist guerrilla group Shining Path as his prime minister, a move that shocked a country still scarred by its past conflicts.

The appointment of Guido Bellido was greeted with dismay across the political spectrum. On several occasions he has sought to justify the actions of the insurgents whose war with the state claimed 70,000 lives in the 1980s and 1990s.

“Bellido is a disastrous appointment,” said Rodolfo Rojas, director of Sequoia, a political risk consultancy in Lima. “In 24 hours, Castillo’s political capital has gone up in smoke.