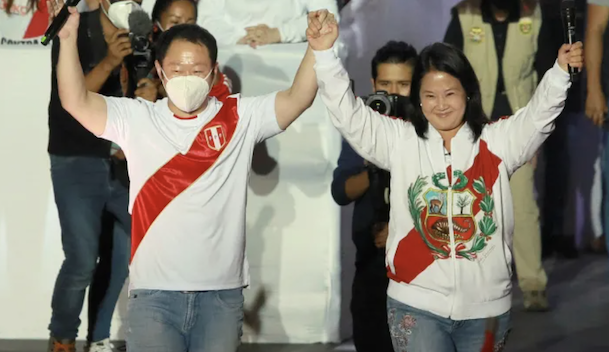 It could be too soon to write the clan off amid Lima’s volatile political atmosphere, say analysts

The Fujimori dynasty has loomed large in Peru’s national politics for more than 30 years but as the country prepares to swear in its new leftwing president, the once powerful clan appears to have run out of road.

Alberto Fujimori, the authoritarian former leader, is in prison for human rights abuses. His daughter, Keiko, has just lost her third consecutive presidential election and if state prosecutors get their way will go to jail for 30 years on charges of heading “a criminal organisation” inside her political party. His son, Kenji, is accused of corruption and after a spell in Congress has largely disappeared from public life.